Do you remember the times when products lasted more than a decade? Yes, one can only imagine, because this has not been the case with the products manufactured these days. Companies these days have always been invested in use-and-throw things – may it be a little pen or even a car model!

These use-and-throw things actually have a term referred to by businesses – planned obsolescence. It is a policy employed by many businesses and companies where they design a product in such a way that it becomes defunct or unfashionable in a specific amount of time. That means that even if the product is a quality product, it might need replacing way earlier than you’d expect. There are definitely some pros and cons of Planned Obsolescence, but before that, let’s first find out this peculiar practice’s details!

One of the most common planned obsolescence examples that can be given here is that of iPhones, designed and sold by Apple. They have been, as discovered by French prosecutors in 2018, intentionally decreased the durability and lifespan of their phones. Since the craze for iPhones is phenomenal among the masses, this little factor is often overlooked. Other minor examples include low-quality fast fashion clothes, irreparable electronic accessories such as batteries and earphones as well as short-lasting light bulbs.

Planned Obsolescence, even if it seems like a recent phenomenon, actually goes back to the 1920s, when Alfred P. Sloan, General Motors President, put forth a tactic to go ahead of his rival, Ford. His tactic – which is one of the popular planned obsolescence examples – was to propose an offer to his customers where they can get their owned GM car replaced with the latest model, only if the former is still in working condition. The motive behind this ‘dynamic obsolescence’ – as coined by Sloan – was to make the customers purchase the new car, even if they don’t need it.

An important step in the development of this concept happened in 1924, during a meeting of the Phoebus cartel held in Geneva. This meeting – where the prominent manufacturers of light bulbs came together – came up with a considerably lesser life expectancy of light bulbs than was usual at that time, which later become an important example of one of the types of Planned Obsolescence. After they fulfil their 1,000 hours, these light bulbs will be replaced by a new one. The cartel made sure that manufacturers who made light bulbs with longer lives would be fined severely.

Even though engineers think there is some relevance to this strategy, it nevertheless birthed Planned Obsolescence. The concept then was named properly in 1932, when Bernard London, a real estate agent, offered Planned Obsolescence as a way to battle out the Great Depression. The term – along with the concept – took firm root in the market, whose craze can starkly be seen among today’s manufacturers.

Planned Obsolescence show four main types that are prevalent in a business or company, namely –

One of the common types of planned obsolescence is contrived durability, where the products are programmed to fail in a specific period. These products are then replaced – and it is only a matter of time that these replaced products would also need a replacement. In this way, the company not only holds on to their customers but also make sure that they are making a profit as quickly as possible. Products like refrigerators, light bulbs and new mobile phones are evident examples of this type.

There is always one or the other software update popping on your electronics, may it be your laptop or phone. And that is exactly why almost everyone in this world is familiar with one of these frequently occurring types of planned obsolescence. This is where the organization provides constant software updates to sell more products. Before software updates, the products almost always slow down or become incompatible, thus forcing the user to do the updates immediately.

Prevention of Repair is that planned obsolescence where the products are designed in a way that makes it next to impossible for the users to repair them at home. People, therefore, immediately make their way to shops and stores to get their products fixed. This brings in even more sales, which are also boosted by the irrationally expensive price of the replacement parts. Using specific types of screws in phones, inkjet printers and disposable cameras are just some of the planned obsolescence examples.

This is easily the most common of the types of planned obsolescence, where the product fundamentally remains the same, with little tweaks made in the design every now and then. This ensures that the products’ desirability remains the same, especially if its demand is in danger of reduction. An example of this can be Nike sneakers, which are produced in the same type, but the material and colours are changed frequently to show them as brand new.

Pros and Cons of Planned Obsolescence

Like all the businesses would agree, there are many pros of this concept. However, the masses would emphasize the cons of Planned Obsolescence. With both the factions of the society being divided into the pros and cons of planned obsolescence, it is important to examine both sides objectively.

Regardless of the pros and cons of Planned Obsolescence, it can’t be denied that it has become a staple of our lives now, even though some might deny its influence. These products are found literally everywhere. And that’s why, all one can do is use these products with as much caution as possible, so as to avoid the cons that come with these products for free. 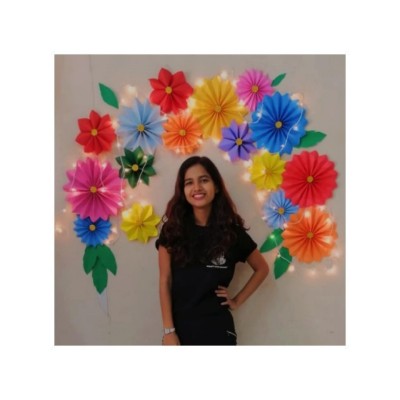 Top 5 Challenges that Female Leaders Face in the Workplace

The Best Ways To Reduce Bounce Rate and Improve Conversions

A statue of Gandhi and Vinoba Bhave from Scrap metal

How Can Small Businesses Allocate Their Budget Reasonably

How Do You Build High-Quality Backlinks With Advanced Guest Blogging strategies?