Climate Change is a serious issue which we have to solve as early as possible. Past 150 years we have changed the balanced of our planet and environment. We’ve burnt huge amounts of fossil fuels (such as coal, oil, gas), bred huge amounts of methane producing livestock and cut down vast swathes of forests, which would naturally absorb carbon dioxide from the air.

Forest are one of the most important part of our planet’s life and ours too. Forest soak up carbon dioxide, the main greenhouse gas responsible for global warming. They home to many plants, animals and insects.

We are cutting of trees very quickly; 900 million trees are cut down every year around the world. There are almost 3 trillion trees in the world with an average of 400 trees per person. Though this number seems huge but we are losing 15 billion trees every year due to deforestation.

When forest is destroyed they affect the species that depend on them adversely. Dying trees emit their stores of CO2, adding to the greenhouse gases and triggering global warming.

Climate change affects our fresh water sources like lakes, rivers, drinking water for people and animals and a vital resource for farming and industry are important usage of fresh water. Extremes of drought and flooding will become more common, causing displacement and conflict due to climate change.

Melting glaciers are impacting on freshwater ecosystems. Major rivers of Asia originate from Himalayan glaciers. Over a billion people rely on these glaciers for drinking water, sanitation, agriculture and hydroelectric power.

Oceans absorbs CO2 and prevents it from reaching our earth’s upper atmosphere. Increased amount of CO2 and rise in temperature causing oceans to become more acidic.

Coral Reefs which leave under ocean are affected due to increased amount of CO2, and are deprived of oxygen. Lot of aquatic species depends on Coral reefs, and if global warming remains upward then by 2050 only 5% of coral reefs will remain.

Polar regions are deeply affected by the global warming. Our poles are very much important for maintaining the balance of our planet.

Artic average air temperature is increased by 5°C over last 100 yrs. In next few decades summer sea ice cover will deplete completely according to the recent data. This will affect entire northern hemisphere.

Antarctic has the largest sheet of ice on each. It is equal to the 90% of the fresh water, and spanning around 14 million sq. km. Ice play a vital role on planet climate, and hence a small change in temperature would adversely affect our planet. Due to rise in temperature the sea level rises.

Global warming causes most of the species to extinct. temperature rise of 1.5°C can put 20-30% of species at risk. If the temperature rises beyond 3°C, most ecosystem will be at risk.

Species like tiger are few in number (3200). It is due to trees cutting down and rise in temperature which causes fire in the forest. It is also causing unpredictable rainfall.

These are few things we can do to reduce global warming and rise in temperature. Please donate or join the cause at wwf. 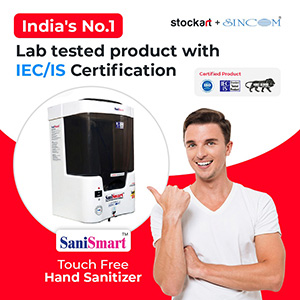 Digital Marketing a step by step guide for your business 2020

How to invest and types of stocks and investment

Ever wondered how does Car Air Conditioner (AC) work

Tips on How to Use Yoga to De-Stress

Install
Enable Notifications    Ok No thanks