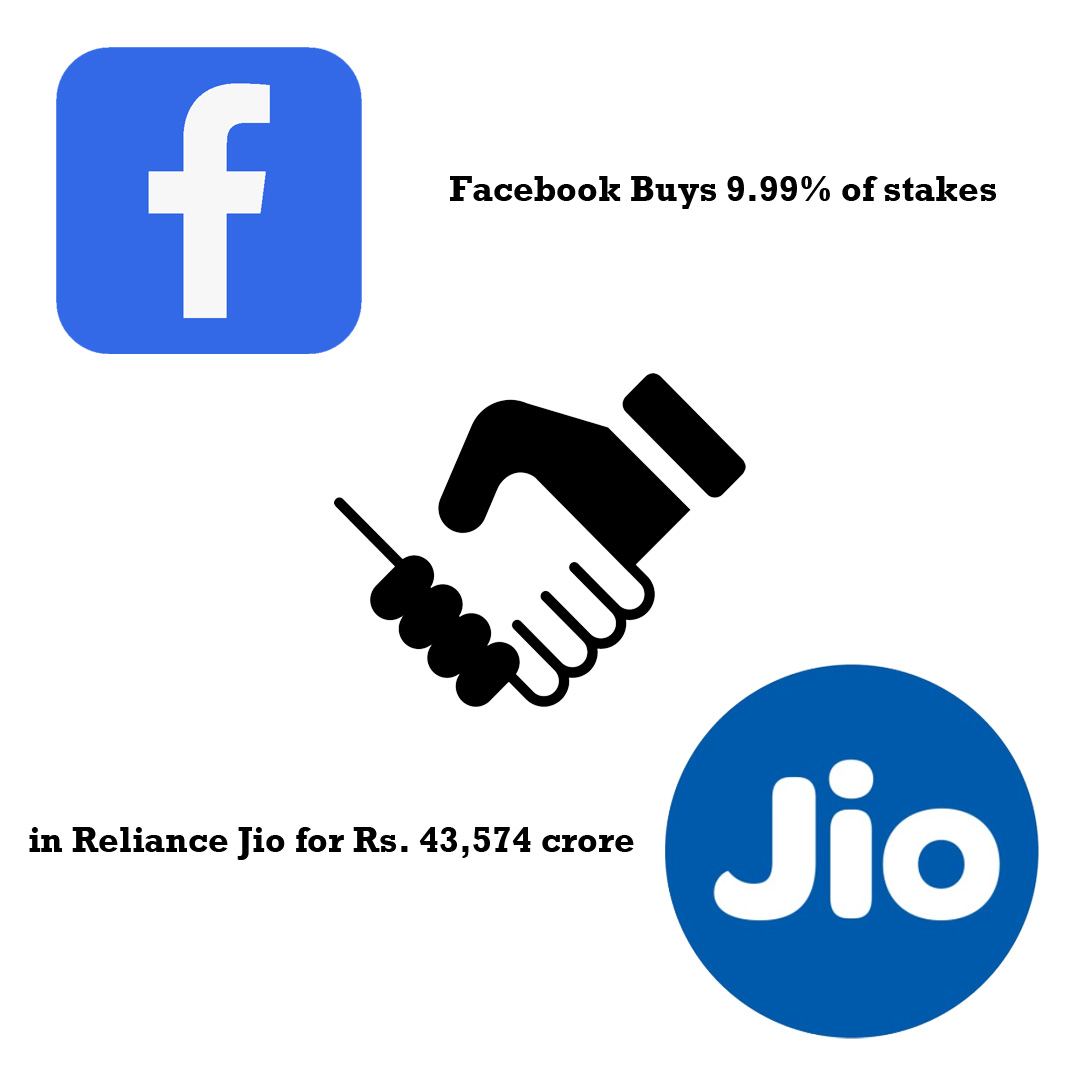 We all know Facebook and Reliance Jio. Facebook CEO Mark Zuckerberg join hands with Reliance Jio Chairman Mukesh Dhirubhai Ambani. Facebook Just bought 9.99% of stake in Reliance Jio for Rs. 43,574 crore. This made Facebook Largest minority shareholder of Reliance Jio. This is the highest FDI in the technology sector in India.

There was another collaboration. Reliance and Microsoft 10 year alliance which wants to serve to the small and medium enterprise by digital transformation. This alliance was formed in Aug 2019. This will give access to small businesses in India to applications like Office 365 and cloud platform like Azure with Jio network.

Benefits of the Deal

So in April 2020, Facebook bought a stake of reliance, let’s see the reasons behind it

Facebook has launched Whatsapp payment, which is in beta version in India. Facebook wants Whatsapp payment to enter India, as India has the largest user base. Also, Jio wants to get into payments and eCommerce. This deal will help both the giants to collaborate and give others a tough competition.

Whatsapp and Instagram are owned by Facebook. Facebook also has Whatsapp Pay which is a payment app using which you can pay via UPI to your contacts. But this Whatsapp pay is still in beta version in India. This deal might allow Whatsapp pay formally launch in India.

One of the concerns that I had is about data, will it be easy for Facebook to get data from Jio after this collaboration. Jio has 388 million users. But we can be assured because Facebook only owns 9.99% of the stake of Jio. This will make Facebook abid by Jio rules and regulations.

Jio will benefit from Facebook technology and Facebook will get a lot of users base. This is the main reason according to my opinion. But let us see down the line after a few years, the benefits from this deal. As far as the current situation it is the major deal cracked by two giants for digitization improvement.

OnePlus Repairs you Should Not do on your Own

How to Make the Most of College Virtual Tours

How to Become a Linux Developer?