The seven islands of Bombay were a group of islands that were, connected to form the area of the modern city of Mumbai over the span of 5 centuries. The seven islands were gradually physically united through land reclamation projects.

Mumbai is one of the most famous cities in the world, which was earlier called Bombay. It was renamed to Mumbai in March 1996. On 24th June 1661, Charles II of England married Catherine of Braganza, the Princess of Portugal and got the 7 islands of ‘Mombaym’ as dowry. This was then leased to East India Company for an annual rent of 10 pounds. 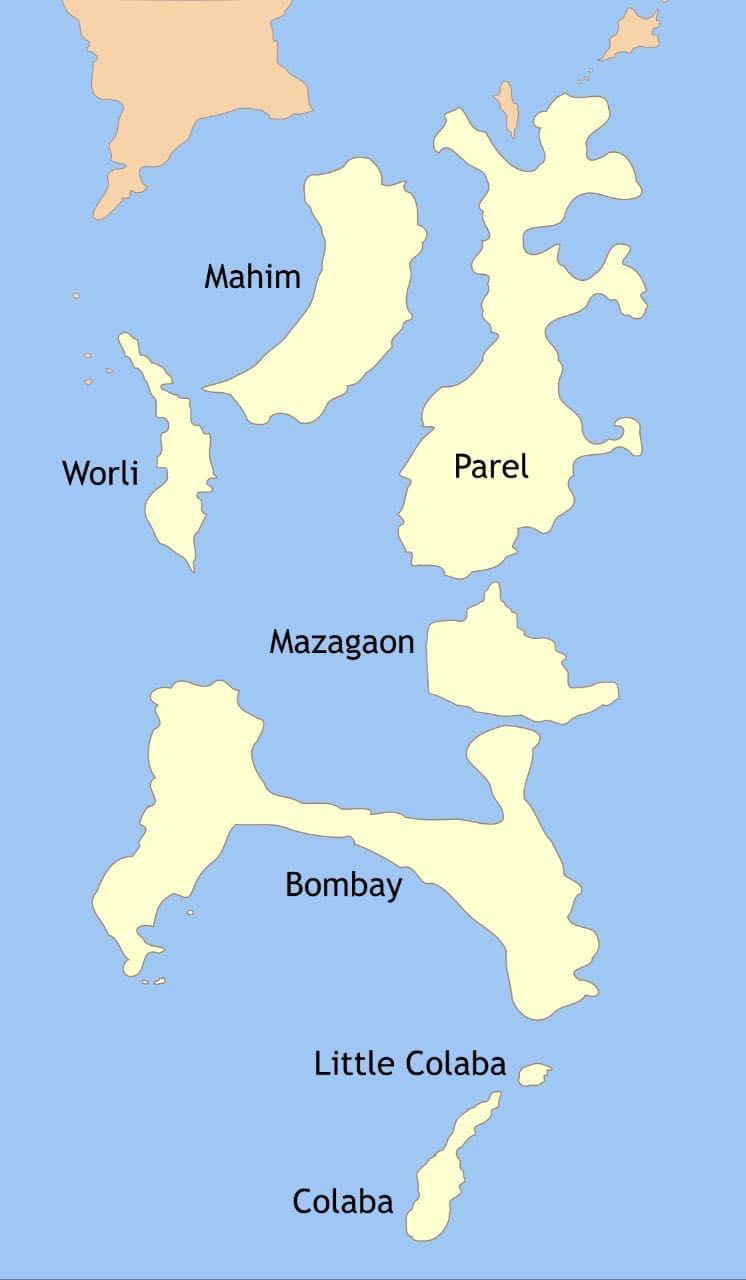 How Did they reclaim the land?

Originally Mumbai (Bombay) was only 24Km long and 4 km wide from Dongri to Malabar Hill. It took 150 years to join these seven initial island.

This was the oldest unauthorized construction that took place in Mumbai and it was built by William Hornbay at a total expenditure of Rs 1,00,000.

An objection was raised by former Governor of Mumbai, but it was too late, as the construction was completed. It was called the Hornby Vellard causeway (is a road or railway on top of an embankment usually across a broad body of water or wetland).

In 1803, Mumbai was connected to Salsette by a causeway from Sion. Colaba Causeway joined the island of Colaba to Mumbai in 1838, and Mahim and Bandra were connected by a causeway in 1845. The total cost was Rs 1, 57, 000 and was donated entirely by Lady Avabai Jamsetjee Jeejeebhoy, wife of the first baronet Sir Jamsetjee Jeejeebhoy (the government refused to build these causeways).

Backbay reclamation scheme allowed for the creation of the now bustling areas of Nariman Point and Marine Drive to the west. By the early 20th century, the city had claimed most of the land it needed to take its current shape and stature even though reclamation projects went up until the 1990s, giving Mumbai other areas, including Cuffe Parade.

Eventually, the Supreme Court injunction protecting the shoreline and access for fishermen has slowed down the work since 1970. The Supreme Court has added more restriction in the 1990s with the Coastal Regulatory Zones.