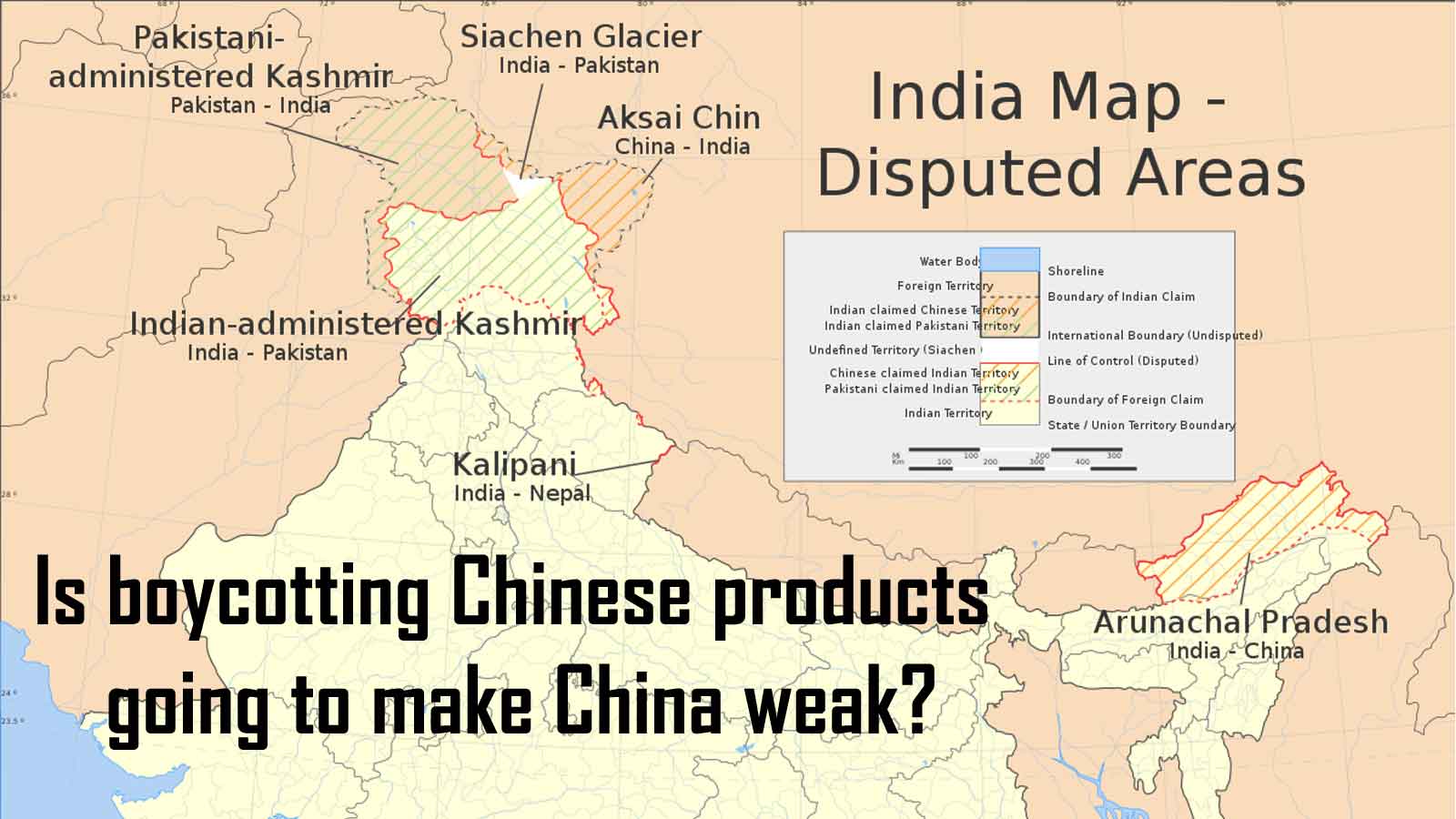 Past few weeks we have been hearing boycott Chinese products like the software in a week and hardware in a year. Is it really possible to boycott all the products in a short notice? Will boycotting Chinese products only in India will affect china? First, let’s see all the facts and stats about the situation that has been created in the border of India and China. Also, let us understand how china is trying to be a global leader.

Conflict in India and China Border

The LAC (Line of actual control) was never been demarcated by both the countries, which escalates the issue. The reports say Chinese troops have entered Indian land. There was fist fighting between the Indian army and the Chinese troops. Though the actual situation is not clear. But according to the report, both the countries have a different understanding of the LAC. According to India the LAC is at finger 8 of the Pangong Lake, and according to China, it is at finger 4. That creates a grey area from finger 4 to finger 8 which is around 10 km. Know more about the fingers of Pangong lake here

Indian Government has said diplomatic peaceful solution will be taken to resolve this issue with China. According to the latest news, we have lost 20 soldiers during Ladakh face-off. Also, we have a few soldiers missing and injured. But China has not relieved how many soldiers have died there. For the latest updates visit here.

I will not talk about this situation much as this is the topic I am not much familiar about. I am here to talk about the boycott situation and how china wants to be a global leader. If you want to watch this video for further explanation https://www.youtube.com/watch?v=5Fk_yU1O6w8

Why China is creating border disputes

The first question is everyone mind is why is china is creating border disputes at the time when the whole world is dealing with COVID-19. There are various theories by various experts.

China is not only creating border disputes with India but also with Vietnam, Taiwan. Also creating problems with the US navy. They are doing this to create a feeling of nationalism in their citizens. China fears the tension and the hatred boiling in its citizens. The economy is down due to COVID-19, there are a lot of job losses and the Chinese government is not able to handle the current situation.

Hence they are trying to create a diversion and by this, they will create a sense of patriotism among Chinese people. This has been shown by researchers that Chinese people tend to be more patriotic during an international crisis.

This is not the first time China is doing this with there people. In 1958 to 1962 during the great Chinese famine, they attacked India for the diversion.

China trying to be a global leader

China is making investments in all parts of the world. By doing investment they are trying to create their presence in that country. They are putting the countries in their debt and when they do not pay back they acquire that part of the land and take over their business. After that, they can use that part of the land for any purpose. Like placing their military etc.

They have created port in Sri Lanka and when they were unable to pay back the debt China owned the port. That port gives good access to the Indian Ocean to China.

There is a big list of countries around the world to which China provides investment. In India Reliance has ordered equipment from China worth $10 Billion.

Chinese firms have invested $324 billion in European countries from 2005 to 2017. This constitutes of 31.03% of china global FDI (Foreign Direct Investment). 43% of investment was concentrated in the UK, France, Germany, Italy, Russia.

See this map to know the investments by China around the world.

They have been doing this for a long time now. They invest and if the country is unable to pay they acquire that invested business and land. But in early days China did not invest. They used their people as labour for other business to bring their business to China.

China invited all the big companies to their country, and all the business started their manufacturing and assembly in China because the labour was cheap. Also, the ease of doing business in China is much better. They took advantage of this situation and gained popularity and earned a lot of profits. After which they started investing in projects in other countries.

Many Indian Startups have investment from China. I was surprised to see some companies on this list. Why so many startups got money from Chinese companies, shouldn’t the Indian government fund these startup with Startup India & make in India.

This is where the Startup India and make India has failed. It shows that these where not implemented properly in the grass-root level. Also, ease of doing business is not that good in India. Which causes a lot of foreign companies to avoid investment, but took advantage of this.

In April India has announced an FDI policy. According to that, all the Chinese investment has to be approved by the government. Hence all the Indian companies who get investment from China will have to approve their investment. Read the complete article here. Here is the list of total FDI.

After this standoff between India and China, many are saying we should use our wallet power against the bullet power. Let’s see how we can do that, is it possible to boycott? Can only Indian boycott will affect China?

Just saying boycott Chinese product will not suffice the matter, as India is only responsible for 3% for Chinese exports, But India exports around 12% from China. This clearly shows we are more depended on China than China on us.

What Should we actually do

According to me, our Indian government should improve the ease of business. This will allow a lot of foreign companies to enter India. Recently due to COVID-19 thousands of companies closed their business in China, how many came to India? Last time I searched India was trying to lure these companies. But don’t know how many came to India.

Startup India and Make in India should be implemented in the grass-root level so that Indian startup get investment and benefits from them. And more entrepreneurs start their own startups and more products are manufactured in India.

We should start manufacturing hardware in India from now so that in 3-5 years we can reduce our imports and increase our exports. This can happen if governments support and give aids to new businesses. Like china, they provide subsidise to their business when they export to other countries.

Ease of business needs to improve in India, just boycotting won’t help. We need to implement Startup India properly. Also, we need to join hands with countries like Africa, Australia and other counties who are also against china, for boycotting Chinese products.

In short, all the countries need to come together against china and boycott their products, because no country can rule the trade like this. Chinese people are also against their communist party as they also do not have rights and much to say against them. If we do not come together China will be the next global leader and this will affect a lot of countries and we will lose democracy on a large scale. 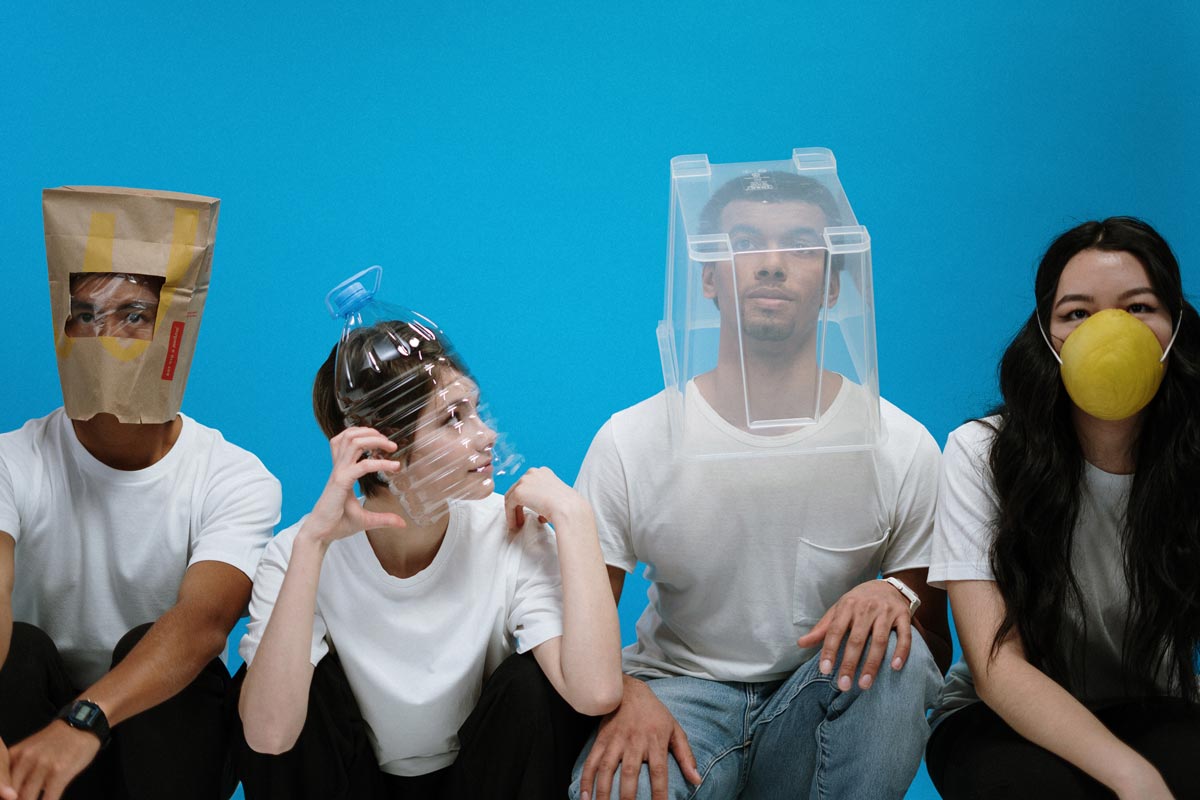 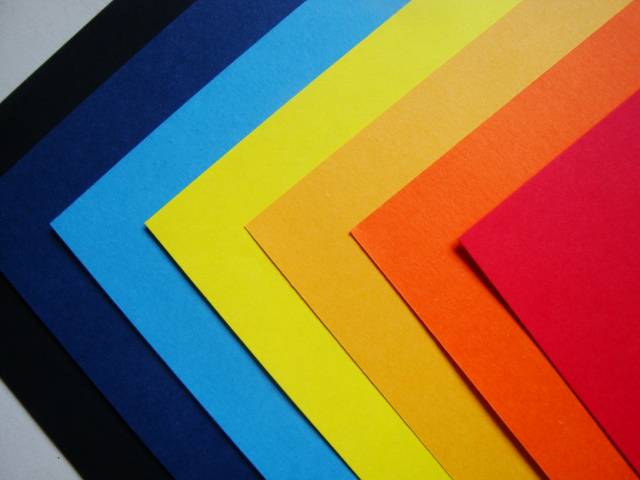 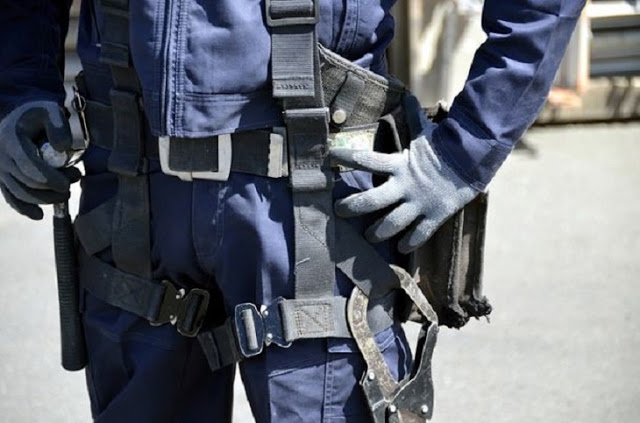