Noon was at its peak at that time. The sun of Independence Day was shining bright in all majesty. But who could fix his eyes at it for long?

When all the demands were met people wished their lives hadn’t changed. What sort of independence is that which brings along with it is not a celebration but despondency? 15th August 1947 was the greatest event in the history of India when India became independent but at a heavy cost.

While people lost their homes, India lost a part of herself, which is now called Pakistan. Houses were burnt, belongings were looted and humanity was demolished. However, the positive side was that, amid all this, what remained intact was the relationships of people on both sides. While someone waited upon his mates to return, someone on the other side found it difficult to remind himself, “This is our country.” When the patriotism had subsided, people craved for one more stroll in the old lanes, to meet their old friends and neighbours before they could finally commit to their destinies.

Dawn of Freedom a book written by Niranjan Tasneem

Written by Niranjan Tasneem, Dawn of Freedom tells the tale of the beginning days of freedom. The readers experience 1947 through Biri’s perspective, which turns out to be a rollercoaster of emotions, a conflict of thoughts and ends up in the rubble. Biri is a young boy with modern ideologies. He lives with his family and is closest to his grandfather. However, at times they are at odds when their ideologies clash.

The other characters in the story are Budhaan, a widow who lives with her daughter in a house rented by Biri’s grandfather. Then there is Salma, Budhaan’s daughter and was of the same age as Biri. While Biri represents the future, his grandfather represents the past, Salma represents the Muslim League that demanded Pakistan while Budhaan was the face of the helpless crowd that was rinsed by its faith. Then there were Biri’s friends, Nino, Ramesh, Hazari and Hans, out of which only Ramesh stayed till the end. Then there’s Budhaan’s son, Biri’s parents and the Kitchlew brothers who played small roles.

The story begins when Grandpa summons Biri to write a letter to Harjinder Singh, Biri’s uncle. It was then when we saw the clash of ideas. While grandpa believed in English, Biri had faith in Mahatma Gandhi. On the other hand, Salma had a picture of Jinnah in her room. When the war was about to end Grandpa wished that the British should win, Biri wanted independence while Salma was preparing for the partition.

Gradually as the story proceeds, we see Biri actively participate in the processions. He is beaten by a police officer mercilessly but that doesn’t stop him. He’s been arrested for being a freedom fighter and endures the harsh life of a prisoner. To all this, his grandfather sternly opposed. According to him, no one could rule better than the British. Simultaneously, Salma had also begun to take active participation in the riots. She was spotted by Biri in a rally demanding Pakistan.

‘Salma, perhaps you do not know that I do not love any Rajni, I love only you.”

A faint light of infatuation glows on Biri’s face. He lets go off his dictionary and buys books for Salma. While the Muslims were treated differently, Biri doesn’t mind wiping his face with Salma’s towel and sips from Salma’s glass. Besides his infatuation, Biri also held respect for Salma’s decisions. On one hand, where the houses of the Muslims were burnt down to ashes, Biri secured the Muslim League’s flag only to return her when they next meet.

Respect also appears through the veil of a sweet relationship between a landlord and a tenant. Biri’s grandfather himself mends the ceiling of Budhaan’s house. Budhaan calls Biri her son and he calls her mother. After the partition, Grandpa not only took care of their belongings but also intends to return the silver coins which she paid as her rent.

Long after the partition, he keeps waiting for her, hoping that she’ll return and resume her place. Then, when she doesn’t return, he goes all the way to Pakistan with the main intention of returning her possessions. The sour circumstances that they have gone through could not mitigate the goodness of basic human nature.

“You should not pour it out of that glass.”

“What’s wrong with that glass?”

“Such glasses are kept separate, for these people.”

But Biri, not only poured the drink out of that glass but also took a sip from it. While Mahatma Gandhi fought against untouchability of any kind, he could not stir the mindsets of the people. Humans are all equal, born in the same way, having similar features and sometimes they have similar aims. When the slogan was raised, ‘lal Qilay se aaye awaaz, Sehgal, Dhillon, Shah Nawaz’ the three leaders were bound by their patriotism. But then, religions were made, which didn’t unit us as much as they divided us.

The slogans, that had been raised all night as a symbol of togetherness with their own people and as a warning for the others, are too, similar sometimes. While one says Allah-ho-Akbar, the other says Har Har Mahadev. Both recall their Gods in the face of adversity. Perhaps it was not religion that divided the people, it was the rumours. The rumours which no longer identifies a person’s death, but it identifies a Sikh’s death, or a Hindu’s or a Muslim’s.

Perhaps the most important thing was the existence of the path. Who knew about the destination? -Biri

It was time in history when people were known not as a lawyer or as a doctor any longer. They were known as Sikhs, Hindus or Muslims. The seed of hatred was already sown and soon they were going to bear the fruits. However, this book is not about the partition of India but the time before and after it. It is not only about the freedom fighters and the ones who lost their lives. It is more about the ones who survived and about what they survived with; a country into ashes, a traumatized life and heart-wrenching separations.

The Partition didn’t only part Pakistan from India or Muslims from Sikhs and Hindus. It had also parted the people from within, irrespective of whichever side of the line they were. However, the saddest part is that after seventy-three years of independence, the sacrifices of those days mean nothing more than a ‘Government Holiday’.

In the end, here’s a line quoted by the author in his preface which compels the readers to think that after we attain all that we strive for what are our credits. So often we say, ‘Things will change soon’, but they do change, what do we get? 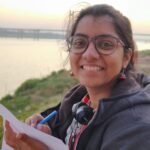 3 thoughts on “Dawn of Freedom – A book by Niranjan Tasneem”

How to Jumpstart your dead vehicle? Benefits of Jump start service

Picking the right SEO company or firm for your business can have significant consequences on your finances and your business.
what is SSL (secure socket layer) certificate how does it work? In this article, we will guide you on what is SSL connection & free SSL certificate and how it works
Digital simulations and models help students to learn more productively. Here are a few ways wherein technology does improve education quality.
Yoga is not a moment of happiness that accidentally forays into your life or about of sad emotion that triggers your demons but a continuous journey that teaches you to live life.
Packing and moving from one place to another has always been a daunting process. It requires thorough planning and guidance for everything to take place smoothly. read this article to know about Step by Step Process for Moving Furniture Guide.
Thereviewstories wishes everyone a colourful & cheerful Holi.